How It All Started

The first of Transitions’ programs, Miryam’s House, was opened in 1986. Sponsored by 5 religious communities (Dominican Sisters, Franciscan Sisters, Good Shepherd Sisters, Sisters of the Holy Names, and the Sisters of Providence), it answered the need for a residential program for women who were motivated to recover from life crises including homelessness and all manners of abuse.

At the very start of this program, Sisters and formerly homeless women lived together in the same home. The first Miryam’s House was on the North Side and it wasn’t until 1990 that the current Miryam’s House opened at its present location on the lower South Hill. For a short time, due to demand there were two locations, with the current South Hill location becoming the permanent home for Miryam’s House.

In 1991, The Women’s Drop In Center came into existence under the auspices of Miryam’s House and led by a Sister who, herself living in recovery, began walking around downtown Spokane in the late 1980’s asking women what they needed. From her on-the-streets research the Drop-In Center (now Women’s Hearth) was created giving women a place to feel safe, find support for sobriety and have their basic needs met while finding refuge from life on the streets. The Sisters of the Holy Names of Jesus and Mary supported the creation of this haven.

The founding Sister would call friends to scrounge together enough money to pay the phone bill or have a slipcover sewn for their first couch. Today, this tradition continues as volunteers facilitate or support nearly 50 activities a month at its downtown location.

In 2004, the Women’s Drop-In Center moved to its 2nd Avenue location and became Women’s Hearth. In a building to call its own, the expanded size allowed for the increasing need of women who come to the center, often daily, in search of safety and community. 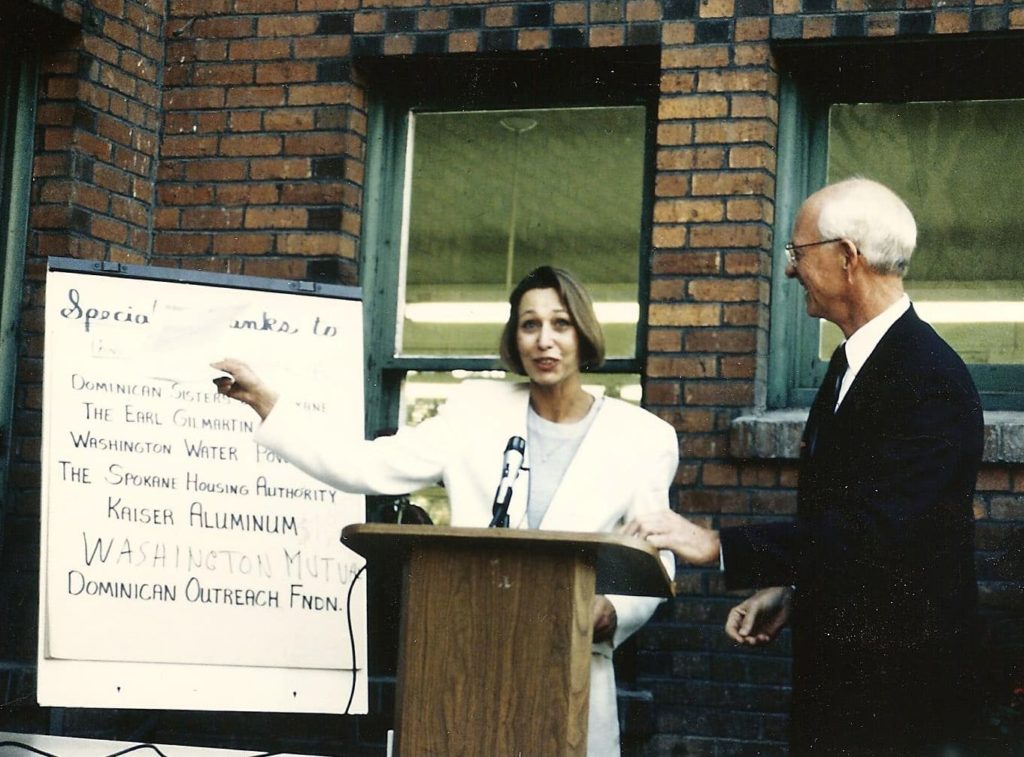 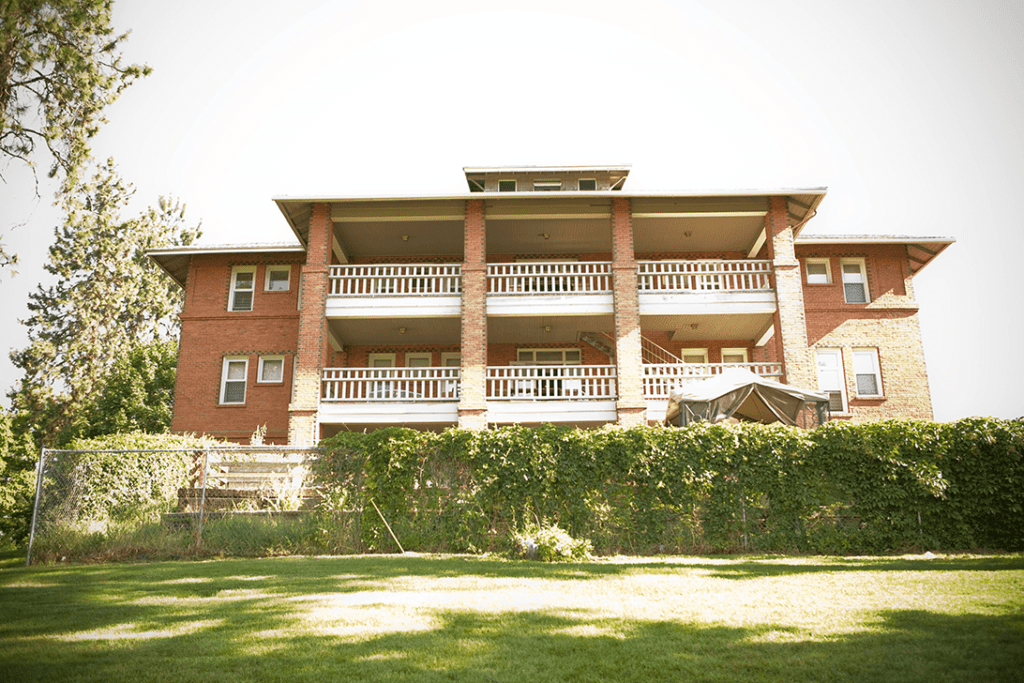 In 1993, the last of the three original programs opened, the Transitional Living Center (TLC), sponsored by the Dominican Sisters of Spokane. The Sisters completed a survey of social services in Spokane and discovered a lack of housing for single-mother families. They purchased and renovated the former Spokane Children’s Home and created TLC and started the EduCare childcare program in what was previously the Home’s infirmary. Now housing 16 women and their children, TLC is a leader in unique support for single-mother families.

In 2005, EduCare became a standalone program under the Transitions umbrella. With expanded childcare abilities, EduCare reaches out into the community helping families and children with their daycare and parenting needs.

Transitional Programs for Women (Transitions) became an entity in January of 1995 after the merger of these three previously established programs. With a common administration, all the programs continued as they do today—serving those that come to them seeking change, hope, and help in a supportive, safe environment. Started and sponsored by the Sisters of Providence, the Sisters of the Holy Names of Jesus and Mary, the Dominicans of Sinsinawa, and the Sisters of St Francis of Philadelphia, the mission lives on collectively as we continue to serve women and children experiencing homelessness and poverty.

As concerns grew about the lack of public assistance in 2006, Transitions developed the New Leaf Bakery Cafe (now New Leaf Kitchen & Café) Social Enterprise to address this need through job training/workforce development; it opened its doors in 2008 under the guidance of a Dominican Sister. 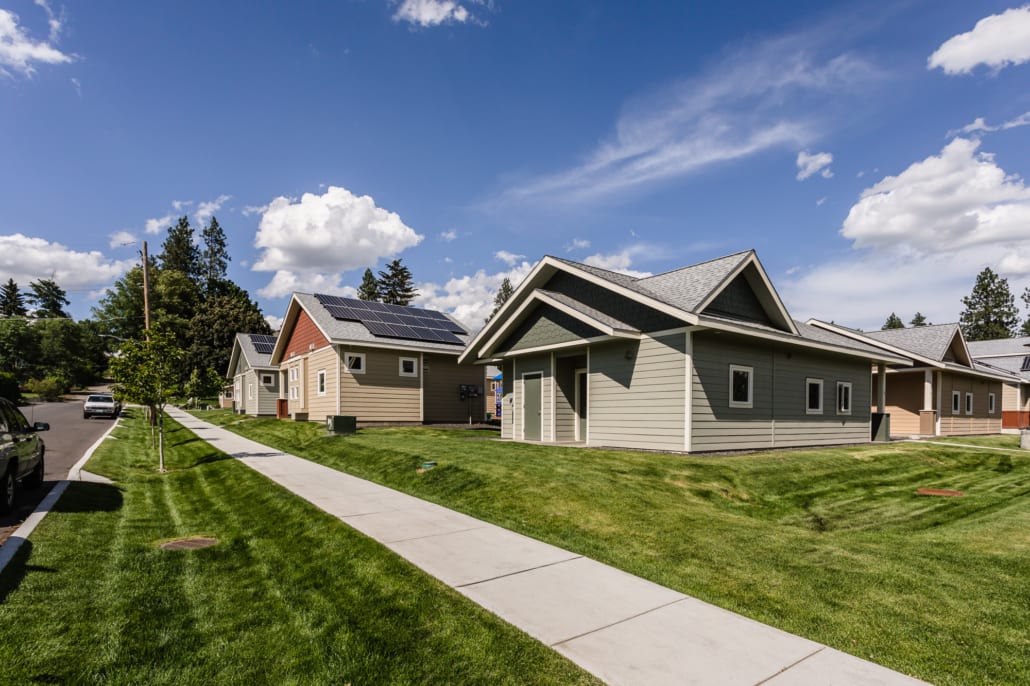 Then, in October of 2018, the construction of the Home Yard Cottages was completed on the two acres of land next to TLC. Named for the previous Spokane Children’s “Home Yard” on which it was built, both individuals and families live in this 24-unit permanent supportive housing community, increasing Transitions’ capacity to end homelessness and enhance our continuum of services.

And so, from our unique history comes our unique participant-centered mission and drive. Today, we continue to contemplate the future with an eye to the past, always analyzing the need so that every woman has the opportunity to find success on her journey to stability and self-sufficiency. 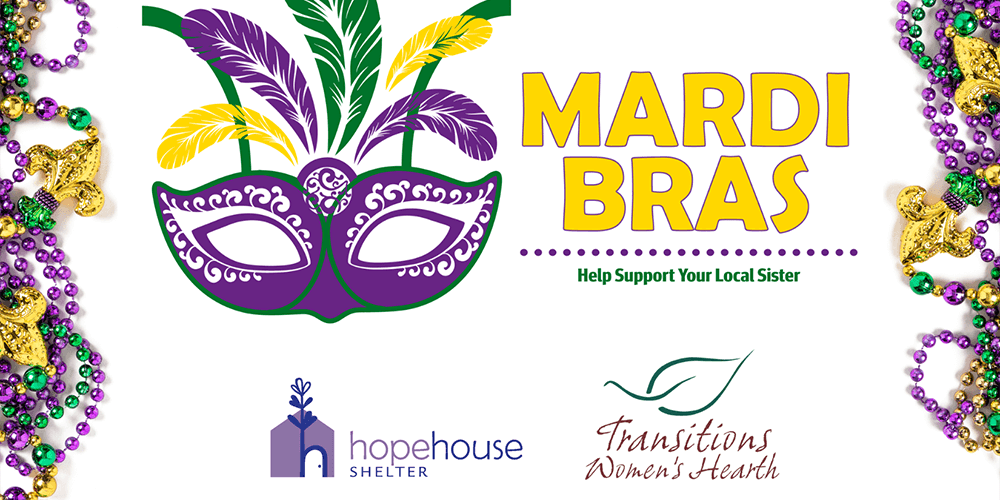 Mardi Bras is fundamental in helping to solve the needs of more than 600 homeless women living in Spokane each day. And you can help by donating bras, underwear, personal hygiene items and more, OR by hosting a virtual or in-person Mardi Bras Party to collect donations!